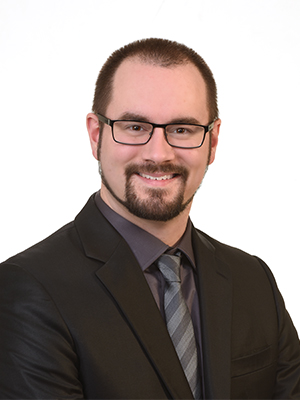 Will Bigelow, born in Windsor, Ontario, was often told throughout the years how creative he was, so upon graduating High School he chose to enroll in St. Clair College's Tradigital Animation program to further develop his skill set. At first, the program focused on traditional animation, and his teachers mentored and drew on their real-life experiences. Later in the program, he found his niche, when 3D platforms were incorporated into the curriculum.

After graduating, he joined the Baron Championship Rings team in 2011 as a Graphic Designer. Throughout his tenure, similar to his creative process which evolved, so did his position within the Company. In 2017 he moved into the role of Concept Artist, and in 2019 was promoted into his current leadership position, Technical Art Director where he is proud to work alongside many Alumni of St. Clair College’s Graphic Design program.

The use of 3D printing technology has enabled the entire Baron Championship Rings team to harness their creativity, push the current boundaries of jewelry design, and grow into a key player in the industry. Their portfolio includes Hockey Canada, Winnipeg Blue Bombers, Cleveland Cavaliers, Hockey Hall of Fame, Toronto FC, Los Angeles Sparks, Seattle Storm and the Toronto Raptors; all of which Will had a lead role in, from concept to design.

He would like to thank everyone that supported him throughout the years, recognized his ability, encouraged his passion for the Arts, his love of sports, and creativity. Will is honoured to be recognized as one of the 2020-2021 St. Clair College Alumni of Distinction. 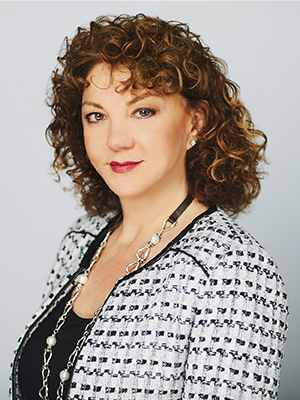 Since its establishment in 1987 under the creative direction of Flora Di Menna, FDM Designs, a Toronto-based Interior Design firm, has garnered numerous awards for excellence in design for luxury residences, model homes and suites, sales offices, high rises and corporate headquarters.

Flora Di Menna, a graduate of the St. Clair College Interior Design program, and her team are renowned for their lavish interior designs executed on time, and on budget. But clients also know and love them for the flawless execution of those designs, thanks to the comprehensive planning, obsessive attention to detail and wise choice of furnishings that are usually custom-designed by Flora Di Menna.

FDM Designs competed against the best property professionals in the world to be awarded "Best International Design" in 2017 in London England at the International Interior Design Awards. Judging focused on design, quality service, innovation, originality, and commitment to sustainability. The International Property Awards are the largest, most prestigious, and widely recognized program throughout the globe.

In 2016, FDM Designs was the winner at the "International Property Awards" for the "World's Best Interior Designer" Residential title.

This is an achievement that is recognized around the world as the highest mark of excellence competing against 61 Countries and Judged by over 70 experts around the world (Europe, Arabia, United Kingdom, Africa, Americas and Asia).FDM Designs recently won three awards during the America's stage of the International Property Awards this fall for the General Electric Global Headquarters (Best Office Interior), Eagles Nest Golf Club (Best Leisure Interior) and the aforementioned Westwood Lane Estate Residence (Best Private Residence Interior). By winning the prestigious award at the international level, FDM Designs has not only staked its claim as the World's Best but has also put Canada back on the map in the interior design world.

Flora Di Menna Designs has long been recognized in the industry. Among her clients, she's well known for being able to deliver consistently beautiful work and always on time. 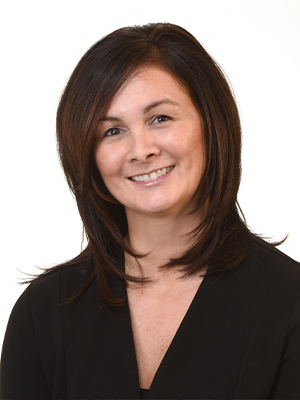 As the executive director for Children First in Essex County, Lori Kempe strives to make a difference in the lives of children and pursues a vision in which they are healthy, safe and able to achieve their goals.

For Lori, this passion began early on when she began work at a children's residence for Community Living Essex County. Being in such a supportive environment and seeing how the workers embraced the uniqueness of each child left an impact on Lori, helping her to decide on a path. After graduating with a Sign Language Communicator diploma and Interpreter diploma from St. Clair College in 1991, she worked with the Deaf Education Centre at George Brown College. Lori later returned to Windsor to study Social Work at the University of Windsor but continued to work as a freelance interpreter for many years.

After obtaining her Bachelor of Social Work, Lori began work with the Windsor Essex Children's Aid Society, specifically working with children with varying abilities. In 2001, she became a supervisor with Chatham-Kent Children's Services and managed to complete her Master of Social Work degree from Eastern Michigan University while working full time. She also took the opportunity to work with the Ministry of Children and Youth Services, to help her appreciate the work of a provider from a different perspective. Hearing the stories of children and their families has helped to motivate Lori, as well as teaching her valuable lessons that help to guide her practice and ideals to this day.

Lori continued to pursue her passion of helping the community by joining St Clair's Board of Governors in 2011. Being able to watch students with varying degrees of abilities obtain their certificate, diploma or degree helps to serve as a reminder for Lori – that this is the outcome we should strive for. She also continues to work closely with St Clair students by accepting placements for Early Childhood Education and Child and Youth Care workers, with the expectations that they will leave a legacy project to represent the work they did while they were there. She believes they learn as much from the students as the students learn from them.

Lori is currently married to Dr. Geoff Kempe and they have two wonderful boys; Jake and Jaxon, ages fourteen and nine. Lori loves being part of the Children First in Essex County family and couldn't be more proud of the commitment and passion the staff has for the children and families of the community. They envision a community where every child has every opportunity for any future. 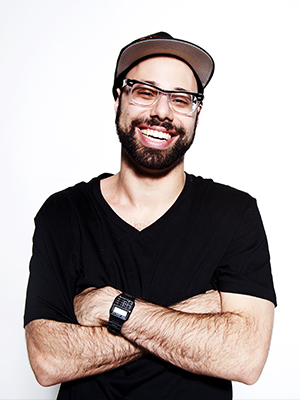 Dave Merheje, an actor and stand-up comedian, was born in Windsor, Ontario, and began performing comedy in the Windsor-Detroit area.

After graduating in Business Marketing from St. Clair College, he wasted no time transferring his newly established marketing skills to show business.

Growing up in a traditional Lebanese family, Dave has used his upbringing as fodder in his comedy routines.

Currently, Dave can be seen co-starring as Ahmed on the comedy series Ramy on the Hulu Network. Ramy is an American comedy-drama web television series, which premiered on April 19, 2019. The series is based in New Jersey, starring comedian-actor Ramy Yousef, who plays the son of Egyptian immigrants. Ramy is a man on a spiritual journey, divided between his Muslim community and his friends who see endless possibilities. The series begins season three in the spring.

TV series acting is not new to Dave. He also had a recurring role as Dave Bechara in the CBC television sitcom Mr. D.

Merheje won a Juno Award in 2019 for Comedy Album of the year, Good Friend Bad Grammar, which is one of the most original stand-up acts on the comedy scene today. He has been recognized for several comedy awards and has made appearances on Comedy Network's Match Game, MTV Live and CBC. In 2015, he had his own stand-up special on The Comedy Network and was featured in an episode of the Netflix stand-up comedy series Comedians of the World.

This year, Dave has been part of various artists & comedians performing raising money for organizations contributing to relief efforts in Beirut, Lebanon. These ongoing efforts support the people of Lebanon in the wake of the devastating effects of the economic crisis that has been exacerbated by the pandemic. Rebuild Beirut Benefit is holding fundraising virtual concerts in Canada and the United States which Dave participates in.

As an actor and comedian, he was pleasantly surprised to have been recognized for his academic achievements. Dave is representing St. Clair College's Zekelman School of Business and Information Technology. 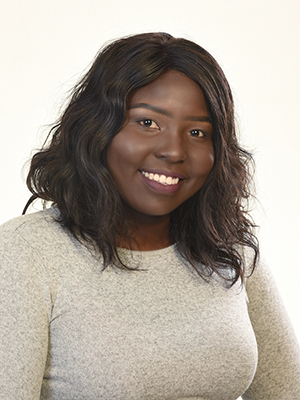 Elizabeth Moses began her pursuit of the skilled trades at Assumption high school, where she was asked to participate in the FIRST robotics competition. Through this, she developed a love for robotics and, after finishing high school, started a pre-apprenticeship in precision metal cutting at St. Clair College in 2016, later graduating from the general machinist program and becoming a 2020 Skilled Trades Alumni of Distinction. For the past four years, she has also worked to promote the Windsor-Essex region by volunteering with organizations and companies all across Ontario.

In addition to being an Alumni of Distinction, Elizabeth has also won the WEtech Alliance 2019 Tech Mentor of the Year award and was named one of Canada's top 100 most powerful women for her work in the CP skilled trades industry; all at the age of 22, being one of the youngest award winners in the Windsor-Essex region. She is also a strong advocate for women in the trades industry, representing Windsor-Essex at the Awards Gala, as well as serving as a panel speaker at the Leadership Summit.

Currently, Elizabeth is working with WEST of Windsor and WEtech Alliance to develop a project for the Women in Skilled Trades program at St. Clair College and plans to get her Certificate of Qualification (Red Seal) – the highest form of certification in a trade, and is recognized across Canada. Elizabeth also plans on continuing to dedicate her time to helping lift women out of poverty and supporting their futures through skilled trades and is very excited for what the future holds. 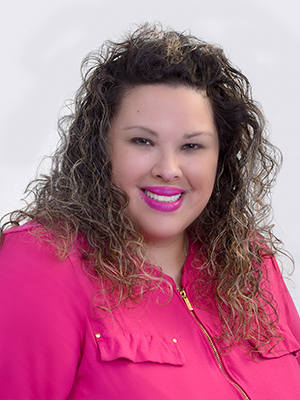 Anita was born and raised in Amherstburg in a loving family with her parents and two older sisters. She attended Villanova High School then entered St. Clair College in 1997 for the Personal Support Worker Program. The program and instructors provided her with the proper skills to work at Met Hospital/Malden Park for 14 years. She went on to teach the Personal Support Worker program for 13 years at several nursing homes and the hospital. Anita also has a Mental Health and Addictions diploma and the nursing bridging program.

Anita is a childhood cancer survivor, diagnosed at age 11 with terminal stage 4 Synovia Sarcoma Cancer. She endured three years of aggressive chemotherapy and three months of radiation as well as three surgeries. She beat all the odds, being able to walk after she was told she wouldn't and being able to have children when she was told she couldn't, and living past the prognosis. Anita always had a positive attitude throughout her cancer journey, which with that, and having incredible family support.

Anita has been married for 15 years to Gianfranco and has two children, Antonio (11) and Natalia (8). She is currently the Coordinator and Mental Health Promotion Director at Canadian Mental Health Association and the fundraiser director for Harmony In Action. Anita is also serving her first term as a Councillor for the Town of LaSalle. Anita is very community-minded and enjoys giving back to her community in any way she can and hopes to share those same values with her children. Anita is also a proud committee member, for the last 15 years, with the Transition to Betterness.

Anita enjoys surrounding herself with amazing friends and wonderful family who support and encourage her daily. Starting off the day off with an inspirational quote on social media every morning to remind her to always have a grateful heart and to be thankful for the life she has today.