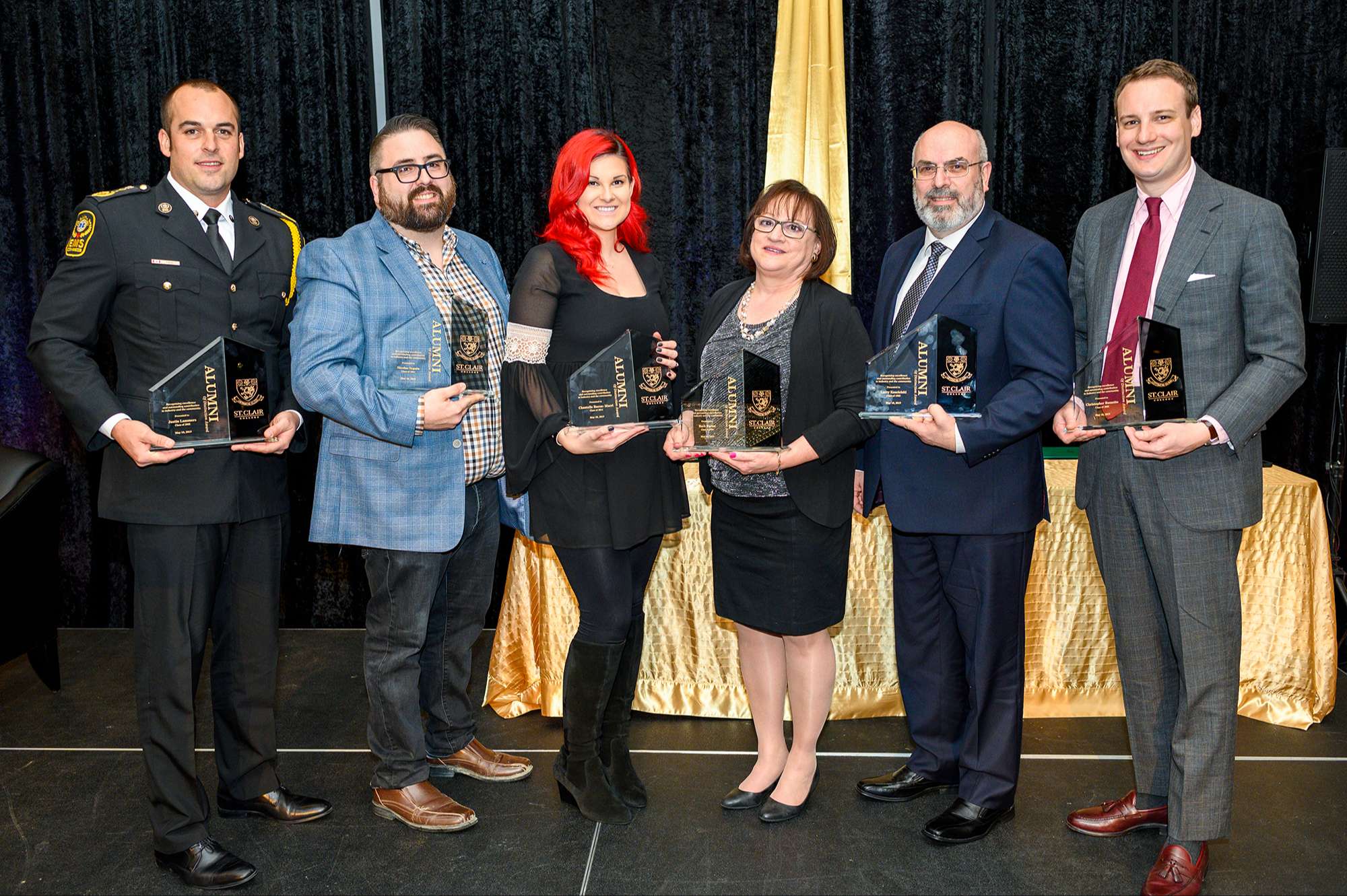 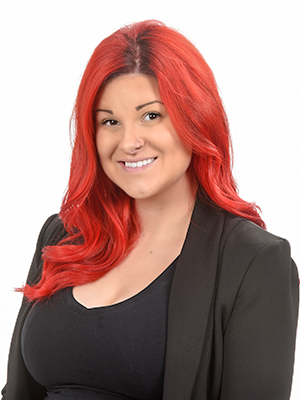 Chantelle Bacon-Macri was described by her Professor as an exceptional student who demonstrated a real aptitude and love for people in her profession. Chantelle works at Moni Hair Boutique in Tecumseh, Ontario.

Little did Chantelle know that not too long after graduation, her life would change dramatically and she would take on a new challenge. Her two-year-old son Mason had developed a rare childhood cancer called rhabdomyosarcoma. Chantelle and her husband Iain took Mason through a two-year journey as a superhero who believed all of the medicine and equipment which was part of each day was truly giving him superpowers. Unfortunately, after a two-year battle, Mason passed away at the tender age of four. This gave rise to a new journey and Chantelle and Iain began to channel their energy into raising awareness for the disease that took young Mason’s life. They started a foundation called the Fight Like Mason Foundation as a legacy to their son - raising awareness and funds to educate and hopefully one day, eradicate this disease.

Chantelle and Iain engaged the community in launching fundraising events and made public appearances with some superhero friends. Recently, because of the support given to the foundation, donations of customized IV poles and paediatric wheelchairs with Mason’s super logo went to Windsor Regional Hospital. On April 6, 2019, Piper Phoenix joined their family. Chantelle works at Moni Hair Boutique in Tecumseh, Ontario. 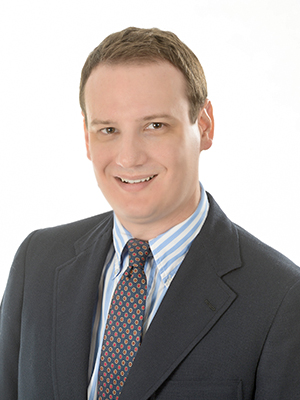 Christopher has been involved in the visual effects industry for over twelve years, working on feature films as a lead texture artist. Texture artists are responsible for the creation of textures, colours and organic surface qualities required for computer-generated creatures and hard-surface models used in production. Texture artists work closely with modellers and development artists to create photo-real assets for high-end visual effects films. In College, he won the opportunity to participate in a design competition in British Columbia. That opportunity lead to his first job after graduation in British Columbia at Electronic Arts, creating the likeness of popular soccer characters for the FIFA World Cup. Upon returning to Ontario he was hired at Soho VFX in Toronto, where he has worked for the majority of his career. His list of film accomplishments recently includes The Meg, Deadpool 2, Tomb Raider, Logan, Avengers, RoboCop, Book of Eli, A-Team, Divergent, In Time, The Secret Life of Walter Mitty and most recently Chris worked on HBO's hit show Game of Thrones. His individual work can be seen on the claw of Hugh Jackman’s character Wolverine. Chris and his wife Megan have a home in Windsor and he commutes weekly to Toronto. He also teaches in Tradigital Animation at St. Clair College every Monday morning prior to travelling to Toronto. 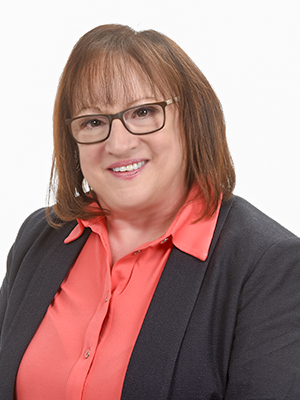 Barb has been working in the early childhood education sector for 34 years. For the last 31 years, she has worked at Connections Early Years Family Centre in Windsor, Ontario. Connections is a non-profit agency which provides integrated support, learning and early identification and intervention services to advance the healthy development of children. Formerly, St. Mary’s Family Learning Centre there are many programs offered for both parents and children. The EarlyON Centre is a place where parents, caregivers and children 0-6 years of age can play and learn together. Talk 2 Me is the local preschool speech and language program for Windsor-Essex assisting children to be the best communicator they can be. The Infant Hearing Program provides universal newborn hearing screening. Blind-Low Vision Early Intervention Program has services for children who are blind or low vision and assists their families in day to day living. Be Back Soon program offers parents who qualify an opportunity to leave their children at the centre for a short period of time while they attend medical, legal, social service or other appointments. A new offering to the community is called Dads Matter Resources where fathers learn to be effective in sharing some of the duties in raising a child. Barb and her husband Patrick have been married for 35 years. 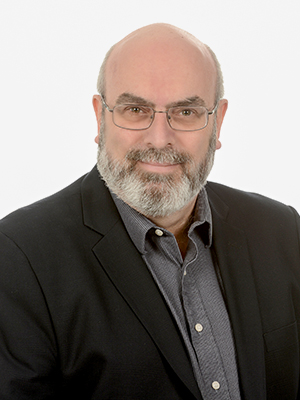 Larry has had a long and successful career with CenterLine (Windsor) Limited where he joined as an apprentice after graduating from St. Clair College in 1983. Over his 35 years, he has worked in various projects and divisions at the corporation. Larry now provides leadership and direction to the future of the company as Vice President of Process and Technology Development, where the future of CentreLine’s product and process innovations are discovered. The focus and specialty of this large family owned, Windsor-based Company is in welding and automation technologies and they are a global leader in this field. Their customers include Original Equipment Manufacturer (OEM) and Tier suppliers in the automotive, mass transit, aerospace and defence industries throughout the world.

Larry is also the community face and Chair of Windsor-Essex FIRST Robotics. FIRST represents For Inspiration and Recognition of Science and Technology. Their mission is “to inspire young people to be science and technology leaders and innovators, by engaging them in exciting mentor-based programs that build science, engineering, and technology skills, that inspire innovation, and that foster well-rounded life capabilities including self-confidence, communication, and leadership”. Windsor-Essex First facilitates competitions for teams in FIRST Lego League Jr., FIRST Lego League and the FIRST Robotics Competition. Larry and his wife Sheri Lynn and family display their passion and leadership coordinating the Windsor-Essex FIRST Robotics throughout the year. 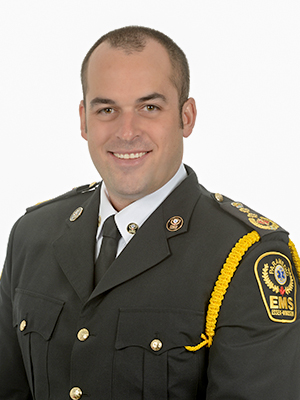 Justin graduated from the Paramedic Program and was hired by Essex-Windsor EMS. He steadily advanced through the ranks and now serves as the Deputy Chief of Essex-Windsor EMS. Justin has worked on numerous committees related to Emergency Management, Mental Health for First Responders, Public Health and Citizen Care. He has liaised for EMS on special events, policy and procedure and strategic planning. Justin developed the Vulnerable Patient Navigators (VPN) program. The VPN program identifies citizens that need assistance on a regular basis but do not necessarily require an urgent response. He also worked in developing the real-time data exchange between the Ministry of Health Dispatch Centre and Essex-Windsor EMS paramedics to identify the exact location of defibrillator units at locations throughout Essex-Windsor. The location of the defibrillator units are now mapped and information is loaded to communication centres so when the public is in need of a unit, they can be guided to a precise location and instructed on its use. Justin, with the local team, worked on the “Electronic Patient Care Record” project. This technical project extracts data from the computer-aided dispatch sites and transfers the data directly to and from the frontline ambulances. Justin and his wife Lindsay are involved in community service throughout Essex-Windsor. 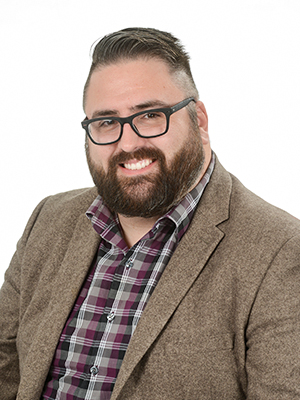 Nicolas has achieved significant accomplishments in both his professional and personal life. Upon graduating from Information Technology, he spent some time working in Windsor before joining the Henry Ford Health System in Detroit, Michigan. He implemented multi-million dollar programs and aided in the advancement of the radiology department. After several years, he moved on to Compuware in Michigan where he worked to improve operations at the DMC (Detroit Medical Center) for over 10 years. Nic also worked at the Ford Motor Company and even spent time as a Senior Solutions Architect with IBM Watson Health. Today, Nic is working at Domino’s World Headquarters in Ann Arbor, Michigan as the assigned architect for the retail, store and delivery space within Domino's. He supports a variety of efforts including conversational commerce, autonomous delivery, research and development and other in-store and mobile technologies that improve the customer experience.

In addition to his career, he and his wife Kristen have raised six children. Three of the six are biological and the other three are adopted from Michigan’s foster care system. The Seguin’s house has been home to 34 children over their 20-year marriage. Nic continues to be an advocate and leader in the community helping and mentoring other foster and adoptive families.