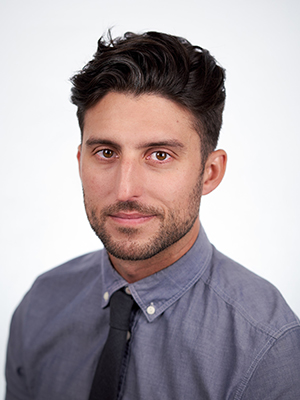 Matt Boismier’s creativity has taken him around the globe.

The Tecumseh native, who now calls Vancouver home, is a successful character designer and artist that has worked on major feature films and other well-known animated series. His eye for design was triggered at an early age and inspired by his father Vince, who was also an accomplished artist.

“I grew up watching him draw, so I always had that passion to be able to create something visually out of thin air,” he said.

Matt comes from a family of five and has an older brother, Brad and younger sister, Sarah. His mother Sue is an accountant in Tecumseh.

After high school, Matt applied to various Ontario colleges but chose St. Clair because it was the right fit for him.

“I made the decision to attend St. Clair College in my hometown where I could get started right away and start my animation career,” he said. “It ended up being a fantastic decision.”

Matt has worked with studios across the globe including Disney, Rainmaker Studios and Nerd Core Entertainment. He was the lead character designer on a new preschool TV show Kate & Mim-Mim and the character supervisor for feature film My Little Pony. Among his other work, Matt visually developed more than 30 new TV series including iconic brands Spy Kids, Strawberry Shortcake and Polly Pocket. Matt has also illustrated three children’s books and self-published his own art book which sold to over 40 countries.

In 2009, Matt won the International Society of Caricature Artist award for most outstanding digital style.

After a successful run in studio design, Matt is now a self-employed animation art director and character designer. Known as The Tooninator — an alias he came up with while at St. Clair College — Matt has more than 13,000 followers on Instagram and continues to mentor up-and-coming designers on his YouTube channel.

“The alumni we have coming out of St. Clair College, they’ve done amazing things,” he said. “Working across the globe, they’re working on major feature films, television shows and comics.”

Matt is honoured to become the third recipient of the Alumni of Distinction Award from the Tradigital Animation program. 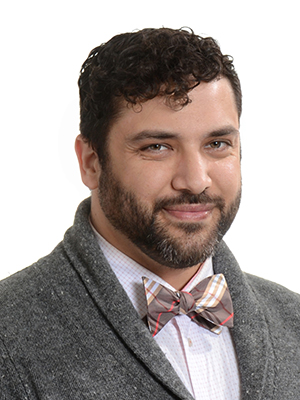 Adriano Ciotoli’s love for food came at an early stage of his life. Adriano’s father worked at the GM Transmission Plant and his mother was a baker. Growing up with three older siblings — Pina, Rose and Anthony — Ciotoli’s family would regularly cook together and also make tomato sauce every summer.

That family experience sparked his path to becoming a foodie and later an entrepreneur.

“It grew that passion for food,” said Adriano, who was born and raised in Windsor and grew up in the Walkerville area.

Adriano graduated from St. Clair College in 2004 after completing the two-year Computer Systems Technician program. It was shortly after in that same year Windsor Eats — a popular restaurant database that promotes culinary destinations in the region — was officially born.

The idea began when Adriano and his wife Jillian, who was his girlfriend at the time, frequented the same three dining establishments. Adriano wanted to put together a digital database of restaurants to help people explore the culinary experiences Windsor and Essex County has to offer. Windsor Eats, which Adriano operates with his sister Pina, also hosts cycling tours to wineries and breweries in the region.

“It all kept growing as we were identifying gaps in the industry,” he said. “We never wanted to duplicate what anyone else was doing.”

In 2017, Adriano was named Tourism Champion of the Year at the Ontario Tourism Awards of Excellence. That same year, at the 27th Annual Windsor-Essex Regional Chamber of Commerce Business Excellence Awards, Windsor Eats received the Tourism and Hospitality Award. Adriano is also the Festival Director for the growing Windsor Craft Beer Festival, which was first held in 2013.

Among other accolades, Adriano was named Innovator of the Year for all of Canada by the Tourism Industry Association of Canada in 2010 and also won the Ontario Culinary Tourism Leadership Award in 2013.

Through all of his successes with Windsor Eats, Adriano believes had he not taken the Computer Systems Technician program at St. Clair College, much of this wouldn’t have been possible.

“It played a pretty big role in getting Windsor Eats off the ground,” he added. 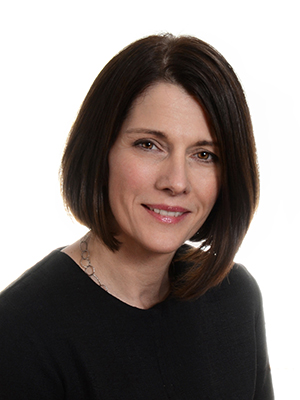 Robin Greenall’s journey in the library industry has landed her back to where it all began.

Robin is the younger of two children and her family moved to a subdivision just outside of Kingsville in 1980.

From a young age in high school, Robin spent her summers working as a camp counsellor for the YMCA in Windsor and Camp Henry at Point Pelee in Leamington.

“I’ve always had an involvement in education and learning and recreation,” she said.

Robin graduated from the University of Windsor in 1993 where she earned a bachelor’s degree in child psychology. However, after holding various jobs in her profession, Robin felt she needed to enhance her education and later enrolled in the Early Childhood Education program at St. Clair College.

“I did it so I could expand my own professional development and attain some of the credentials the profession was looking for,” Robin said. “St. Clair offered really great flexibility for me as a returning student. I was able to balance my home life and my education.”

After graduating from St. Clair in 1998, Robin landed her first role with the Essex County Library system in 2000, working as the branch head in Kingsville.

“It really focused in on those skills that I had developed (at St. Clair College),” Robin said of the job. “My ECE gave me a great background.”

Robin eventually went back to school, this time to obtain a Master of Library & Information Science degree at Wayne State University. From there, Robin moved to Chatham and spent five years at the Chatham Kent Public Library as a manager of the branch.

“It was the next step in my career development and it was returning home,” Robin said. 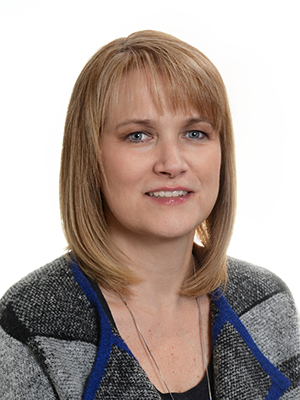 Pam Laszewski’s passion to help others all began with career advice from her father.

Growing up in Belle River as the youngest of three children, Pam’s father Harry Dingman — an auto worker at the Chrysler assembly plant — urged her to become a nurse. It wasn’t until her father developed heart disease and later passed away at 47 that Pam wanted to become a nurse and help people in need.

“As far back as I can remember, my father always wanted me to be a nurse,” Pam said. “Watching what he went through as a patient had a big impact on me and made me more determined to want to be a nurse and take care of people.”

Pam also was inspired to be a nurse watching her mother Frances work as a caregiver at Country Village Nursing Home.

That is when Pam enrolled in St. Clair College’s Nursing program after hearing how strong it was and how many graduates were being hired right out of school.

“Really, St. Clair was my first choice,” Pam said. “It really prepared you for the real world and to be able to take care of patients.”

After graduating in 1988, Pam landed her first job in the United States at Hutzel Hospital in Detroit, where she was responsible for educating all the new orientees as the preceptor on the orthopedic floor.

After spending more than eight years at Hutzel, Pam worked her way up to the Barbara Ann Karmanos Cancer Institute, where she’s spent the last 21 years. Pam started out as a staff nurse and now is the clinical leader in the radiation therapy department.

“There’s a lot of St. Clair College nurses throughout Karmanos, the Detroit Medical Center, really throughout Detroit,” she said. “We have a really strong presence here in the Detroit area.”

Pam was recognized nationally in 2017 after being honoured with the Oncology Nursing Society award for excellence in radiation therapy at their annual conference in Denver. She was also the recipient of the 2018 Nightingale Awards for Nursing Excellence, presented by Oakland University’s School of Nursing.

Aside from her busy career, Pam says she loves spending time travelling with her husband Dave and their two sons — Taylor, 24 and Max, 20. 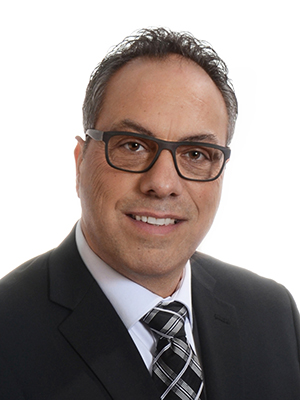 As a child, Tony Savoni was always curious about how his mechanical toys operated. So much so, he’d often take them apart and explore the functionality of them.

“Mom would always say, ‘You can never keep a toy together,’” Tony said. “It wasn’t really the toy I cared about, it was trying to figure out how the toy worked.”

Years later, Tony turned that curiosity into a successful career which led him to become the Windsor Operations Site Manager with the Ford Motor Company.

Tony’s father spent 43 years working at the Ford Motor Company and his mother Josephine was a stay-at-home mother who cared for Tony and his younger brother Johnny.

Tony grew up on Crawford Avenue, across from the former Grace Hospital site before the family relocated to South Windsor. After graduating from Assumption High School, Tony chose St. Clair College to continue his post-secondary education.

Tony enrolled in the Industrial Technology program and graduated from St. Clair College in 1987.

Fresh out of college, it wasn’t long before Tony would find success. He interviewed with an agency that was looking to fill an entry-level job in the plant engineering department at Ford. His role there was taking the plant layout drawings and transposing them on to AutoCAD. Tony held many positions at Ford in Windsor and Ohio while he moved up the ranks, eventually being named Windsor Operations Site Manager — a position he proudly holds to this day.

In his current role, Tony oversees the operations of all local Ford facilities — the Essex Engine plant, the Annex plant and Windsor Engine plant.

Last fall, Tony took part in a tour of St. Clair College, but in particular the Ford Centre for Excellence in Manufacturing. He recalled how amazed he was the minute he walked into the state-of-the-art building.

“It was a happy moment,” Tony said. “The level of equipment that the kids have today to learn with is outstanding.”

Tony and his wife Liana will be celebrating 30 years of marriage this year. The couple has two daughters — Alicia and Lauren.