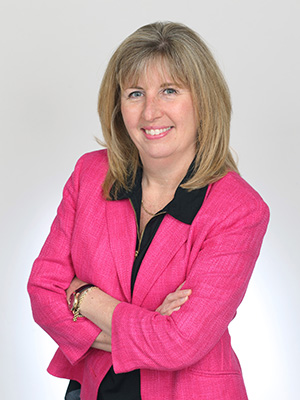 With her parents emigrating from Britain, Bev recalls a childhood with several hardships, including her mother having to go back to school when Bev was very young. While her mother attended St. Clair College, Bev and her sister enrolled in the College's summer camp. Bev recalls fond memories of spending family time while on the campus, making St. Clair College a realistic goal for her future. At the age of 21, Bev started taking continuing education courses in Business. She remembers being impressed by the calibre of instructors, noting that they were actually working in the fields they spoke about, and that was the hook for her.

Bev went on to graduate from the Developmental Services Worker program at St. Clair College and was the Executive Director at the Learning Disabilities Association of Windsor-Essex County. For the past ten years, Bev has been an instructor for the Child and Youth Worker Program at St. Clair College. She has volunteered for the better part of her career, most notably, donating her time to Laubach Literacy Ontario for 15 years. Bev has been credited with developing several well-known resources for individuals with learning disabilities. With a new challenge coming to light, Bev has just accepted a position as Supervisor of Social Services for the City of Windsor, working from the Leamington location.

Bev enjoys spending her spare time with her son Cory and husband Wesley. 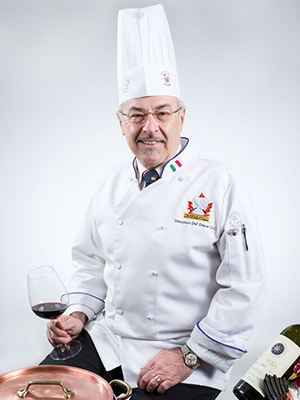 Growing up in the heart of downtown Windsor, Vince is the eldest of four siblings. While he was attending St. Alphonsus Elementary School, he would rush home every lunch hour to watch two shows: The Galloping Gourmet and Julia Child's cooking show. With this early culinary interest, Vince began working on weekends and during the summer as a dishwasher, also earning his stripes by peeling potatoes and onions. Throughout high school, Vince worked in a restaurant after school, crediting this experience as the beginning of his culinary prowess. It was also his relationship with mentor Hans Bueschkens, a highly decorated and most respected chef, that opened doors for him all over Canada and other places in the world.

Vince attended George Brown College in Toronto, Ontario and became one of the first chefs in Canada to get his Red Seal Certification. After following the advice of a mentor, Vince enrolled in St. Clair College's Food Service Management Program, then became an instructor at the College after completing the program.

Known by most as a veteran chef, in 2012, Vince was inducted into the Canadian Culinary Federations Honour Society recognizing his leadership, professional excellence, lifetime commitment and significant contributions to the profession, according to the Federation's mission statement. Vince also attained the Federation's high-status honour as a Certified Chef de Cuisine. Vince is grateful for the support of his wife, Dr. Isabel Chow, along with his daughter, Laryssa. 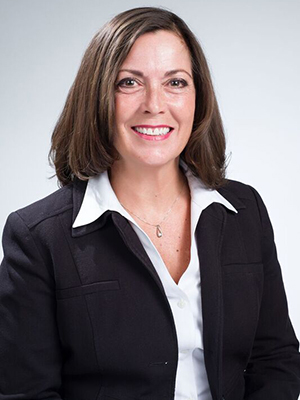 Veronica grew up on the west end of Windsor and is the second of four children. She attended St. Francis Grade School and then went on to J.L. Forster Secondary School. Veronica recalls students from Forster coming to recruit for their technical classes, and even though she rose her hand to express her interest, she was told that these courses were for boys. Shortly after graduating from high school, she realized she had to better her education, so she enrolled in St. Clair College. She first graduated from the Civil Engineering Technologist program and then went on to obtain several additional certifications from the College. Veronica says that she was inspired by several instructors and impressed by their ability to provide real-life examples.

After a mentor encouraged her to apply at Windsor Utilities Commission, she slowly moved up in rank after starting in the Hydro Division. Veronica has recently retired as the Senior Conservation and Energy Management Program Coordinator for EnWin Utilities Ltd. In addition to being presented with the Female Technologist of the Year Award for Ontario in 2010, Veronica has sat on several committees and volunteer boards within Windsor and Essex County. Currently, she is a member of the Board of Directors for The John McGivney Children's Centre, as well as for the Ontario Association of Children's Rehabilitation Services. Veronica is enjoying retirement alongside her husband Tom, as well as their four children, Andrea, Alex, Michael, and Mitch. 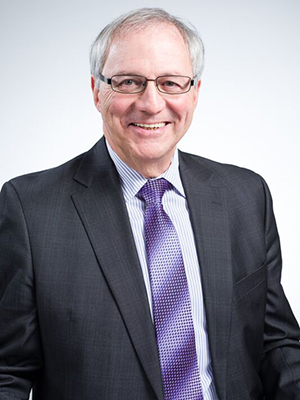 Tony grew up in the center of Windsor and is the eldest of 6 children. He got his first taste of business when he began working at his father's grocery store at the young age of five years old. He continued to work at Joe's Market until he finished college. It was working for his dad's business that ignited the spark that led him to study Business Administration, Marketing at St. Clair College. Tony enjoyed the freedom of the College, as well as the athletic opportunities it provided. Starting at the City of Windsor sorting and wrapping coin at the tender age of 18, Tony jokes that this was the beginning of his career in municipal administration.

Tony is currently the Chief Administrative Officer for the Town of Tecumseh, Ontario. Along with Tony's extensive, career-long experience in municipal finance and administration, he is also an avid fundraiser. Tony is a proud member of The Circle of Seven: a non-profit group established in 1996 committed to supporting the community in a variety of ways. Over the past 18 years, the group has generated over $3 million dollars for deserving individuals, nonprofit organizations, charities, and hospitals. Tony's other community involvement includes coaching minor hockey and baseball, being a United Way cabinet member, and instructing post-secondary management courses. Tony has the support and love of his wife Peg and their two children, Kate and Matt. 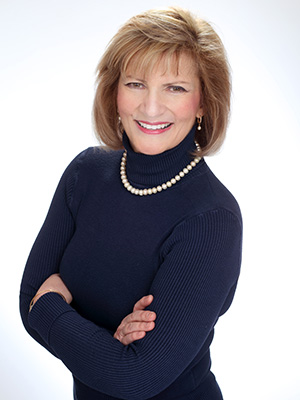 Mary Wilk grew up on the east side of Windsor, attending Herman Collegiate High School and then St. Clair College. Having a broad interest in many subjects during high school, it was not until she was hospitalized for a minor surgery that she experienced the grace of nurses first hand and thought, "this is home". As a new student in the Nursing Program, Mary had exemplary instructors who made a difference in her life. The College felt like home to her, and she loved the fact that the instructors worked in the fields that they were teaching. Mary believes that her parents and family gave her roots, but St. Clair College gave her wings.

Working at Hotel Dieu Grace Hospital after graduating in Nursing from the College, Mary then applied to work at Fanshawe College in London, Ontario as a Sessional Instructor. Currently, Mary is a Nursing Professor and Personal Support Worker (PSW) Coordinator at Fanshawe College. Under her direction, the Personal Support Worker program is now at eight campuses. Mary has co-authored the Second and Third Editions of Mosby's Canadian Textbook used in all PSW programs across Canada. She is actively involved in the Ontario PSW Subcommittee for the Heads of Health Sciences, and she is Chair of the National Coordinating Committee of the Canadian Association of Continuing Care Educators (CACCE). Mary is happily married to her husband Gord and has two wonderful children, Andrew and Julie.