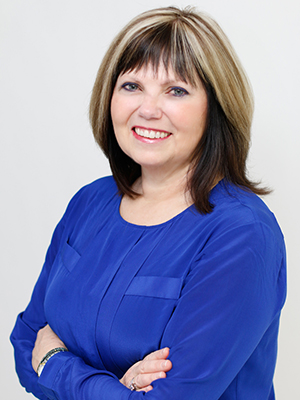 Sue Denomy has served in the healthcare field for over 35 years. She grew up in a close family of six siblings in the small farming town of Shetland, on the border of Kent and Lambton County. Her inspiration to study nursing was her mother, who was a nurse. As an older sister, she enjoyed caring for the younger members of the family. Her high school experience began at Lambton-Kent Secondary School in Dresden and continued at Lambton Central Collegiate in Petrolia. Her St. Clair College studies were in Chatham-Kent, at the time Ontario nursing was transitioning from hospital-based training to community college.

Sue is a 1974 graduate of St. Clair College where she earned a diploma in Nursing. She began working as a nurse and soon found herself fully engaged in her career in healthcare. Her involvement included the opportunity to be involved in changes and improvements in the healthcare system. She returned to St. Clair for some additional certifications to further her career as a surgical nurse. Her later work in infection control added new challenges in change management. The management of the Hospital recognized her organizational skills, which led to an invitation for her to join the leadership team of the Hospital. Through the merger of two of the hospitals, her responsibilities continued to increase. She later added an Honours Bachelor of Commerce and then an MBA from the University of Windsor. In 2010, she earned a chartered directorship from McMaster University's Degroote School of Business. Her areas of oversight included clinical, corporate and operations.

At Bluewater Health, Sue directs operations at the Sarnia and Petrolia hospitals. Her energies are applied to improving the quality of care as well as building a healthy organization. Sue is delighted with the partnership with St. Clair College, which gives students the opportunity to gain their practical experiences in her hospitals.

Her husband, Ron, and two children, are credited with giving Sue the love and practical support she needed to earn her higher degrees that allowed her to develop her career. 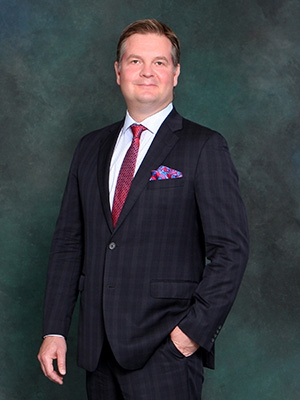 Alan Dark is a graduate of St. Clair College from 1993 in the Advertising program. For more than a decade, he has been a leading executive in sales and marketing.

Alan grew up in South Windsor with a love of sports, especially hockey. His high school experiences included both Assumption and then Massey Collegiate. He enjoyed the business courses at secondary school. Following graduation, he began at the University of Windsor. His early experiences left him looking for something different.

St. Clair College had programs that combined a number of his interests, leading him to enroll at the College. Two professors stood out in his years as a student at the College by helping him connect with the subjects that went on to shape his career.

He moved to Toronto to begin working at an advertising agency where his clients included Pepsi and Chrysler. A move to Vancouver at an agency led to an opportunity to enter the area of broadcast sales for Global Television. He returned to Ontario to work for Atlantis Television where he learned the specialty channel business. A year later, he was invited to be part of the national sales team for Global. A short time with a digital sales company was followed by an invitation to join CanWest.

His work at CBC (Canadian Broadcasting Corporation), began in their Media Sales & Marketing division as the Executive Director in 2010. His marketing team specialized in partnerships and branded entertainment. This allowed the opportunity to create for the clients unique and innovative integrated sponsorship opportunities across all the media platforms in the CBC family of channels.

Since 2012, as Director of Revenue for the CBC, he led the Sales, Marketing, Digital, Innovation, Revenue Management, Sales Operations, Licensing, and Affiliate Sales teams responsible for all aspects and products within the CBC media portfolio.

This month, Alan begins a new position as Vice President, National Sales for Rogers Media. He is grateful for the support and encouragement from his wife Marsha and their two children. 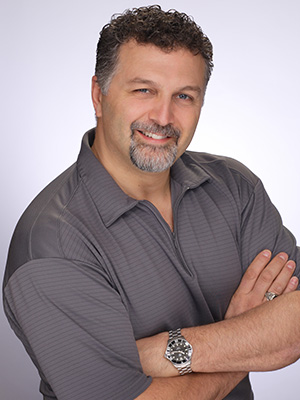 Dino Chiodo grew up Windsor, Ontario. His father worked at Chrysler and his mother worked at home raising the family. His high school was Brennan Secondary. He went to St. Clair College where he studied Law and Security, graduating in 1990. He enjoyed serving as a Vice-President of the Student Representative Council at the College. This position helped him develop experiences being a leader and learning to work with different stakeholder groups.

Dino began his union career in 1999 as a shop steward at the Windsor Chrysler minivan plant. Six years later he was elected committee-person in the Trim Division representing 1200 workers. In that position, Dino gained the experience needed to quickly become the first Vice-President and shortly thereafter, President of CAW/Unifor Local 444 in 2012.

In September 2013, Dino was elected chairperson of the Ontario Regional Council, responsible for almost every sector of the economy, representing approximately 160,000 Unifor members.

Dino is currently the elected chairperson of the Chrysler Master Bargaining committee and he led negotiations with Chrysler in September 2012. Faced with the toughest round of bargaining yet at the Big Three, Dino was able to secure positive gains and hold the line on future concessions for the 17,500 active and retired members of his local union and throughout all of Chrysler Canada.

Dino oversaw the Windsor & District Labour Council, as President, for the past six years and has been an advocate for workers' rights as well as issues pertaining to women, young workers, Aboriginal and workers of colour and immigrant workers. His efforts in building the community of Windsor/Essex are recognized with his many achievements as a Chairperson of the Labour Sponsored Community Development Group and as a Board member for multiple groups, including the CAW Childcare Board, WOHIS, the Labour Advisory Council, the United Way, Plentiful Harvest and the Unemployed Help Centre of Windsor.

When he gets breaks in his hectic schedule, he always ensures he makes time for his beautiful daughter Brooklynn and his wife Deborah. 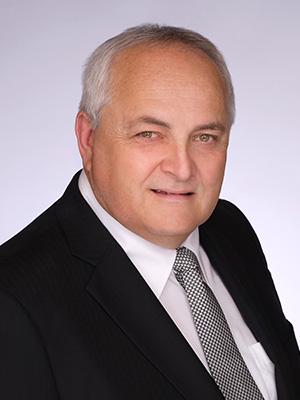 Cole Cacciavillani is a 1978 graduate of St. Clair College in the Industrial Engineer program. He grew up in Leamington, Ontario, the son of Italian immigrants who were proud to call Canada their new home. At the urging of his mother, the family began a small farming operation which grew and developed over the years. Cole attended Ridge School and then Leamington District High School. After graduation, he attended the University of Windsor for a short time before realizing that St. Clair College was a better fit for his future. After completing his program at St. Clair, he decided to return to the family farm.

The family business moved from cash crops to growing potted plants and expanded their acreage, allowing for a larger operation. Recognizing an opportunity to move beyond just being the grower, the company expanded into distribution to reach more markets. They also added energy, real estate development and investments to the portfolio of companies. Currently, the business grows approximately 6.5 million potted plants year-round with the plants grown for specific holidays throughout the year. Their plants can be found in stores such as Sobeys, Loblaws and Walmart, throughout southern Ontario to Toronto, as well as Michigan.

Following the example of his father, Cole has a long history of community service. Among his major areas of interest have been the Leamington Memorial District Hospital, the Chamber of Commerce, the Police Services Board and the Leamington Economic Development Committee. In his industry, he served as Chair of The Ontario Greenhouse Alliance and as a member of The Agricultural Institute of Ontario. He is currently involved in the development of Canada's first satellite hospice residential home, Erie Shores Campus, across from the Leamington District Memorial Hospital.

Reflecting on his time at the College, Cole is grateful, not only for the important business skill sets he learned but for the invaluable life skills which have enhanced his experiences.

Cole credits his success to his parents' example and the strong support of his wife, Nina, and his children. 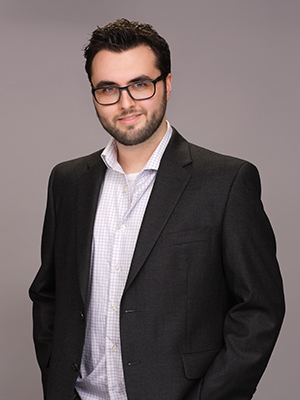 Jason Fabok is an artist who works for DC Comics on the new Batman Eternal comic book series. He was born in Windsor and raised in nearby Harrow. He loved creative activities as a child. His parents were very supportive of the wide range of sports and other interests that he and his brother had growing up. As a young boy, he was a fan of television cartoons and enjoyed trying to draw the characters that he saw on the shows. This developed over the years and expanded at Harrow High School where he was able to explore his creativity, where he looked for a different way to present his projects. He discovered a creative circle of friends there.

An English teacher encouraged the talent that Jason had displayed while doodling, by encouraging him to consider being a comic book artist. It was through his high school guidance counsellor that he was introduced to the idea of attending St. Clair College in the Animation-Tradigital program. He found at St. Clair, the teachers who would invest the extra time and effort in making the students successful. One of the greatest challenges at St. Clair was the year-long film project. He credits that project as where he learned the still essential discipline to use his time effectively with deadlines.

Following graduation, he studied for a year at the Word of Life Bible College in Owen Sound. There, he found a renewed sense that he was to pursue a career as a comic artist. It was also where Jason met his wife, Sarah.

After returning to Essex County, he was invited to learn with LaSalles' David Finch, a DC Comics legend. Through David, he had the opportunity to be one of the artists on Batman – The Dark Knight series, leading to his long-term relationship with DC Comics. His other work was on the popular Detective Comics, featuring Batman.

Jason is thankful for his amazing wife Sarah who has constantly supported and encouraged him through the different stages of his career and life.