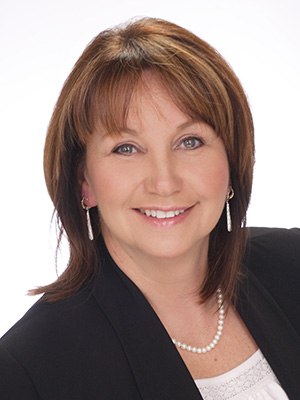 Theresa Kralovensky, born and raised in Riverside, earned money for herself by babysitting local children. Theresa quickly developed a strong appreciation for the innocence and honesty of children. She recognized how absorbent children were to new information and realized she wanted to be in a position where she could influence children in a positive way.

With her passion for the development of children in mind, Theresa educated herself with the appropriate skills in order to follow her dream. She first graduated from the Early Childhood Education Program at St. Clair College. When Theresa also received her Bachelor's degree in Psychology from the University of Windsor and her Master's degree in Leadership & Training from Royal Roads University in Victoria, B.C.

Theresa worked for a short time with the Children's Aid Society, as well as the Forest Glade Parent Co-op Centre before she was hired by the City of Windsor's Municipal Childcare System as a supply Early Childhood Educator (ECE).. Eventually she accepted a job in administration as the District Manager and hereafter became the manager of the seven municipal childcare centers in Windsor.

Theresa acted as a key contributor to developing the extended hours program at Jefferson Early Learning and Childcare Centre. The program allowed parents, who did not work the traditional 9-to-5 schedule, alternative options for childcare. Theresa was very active in the ECE community. She was part of the Association of Early Childhood Educators Ontario (AECEO), where she worked diligently to deliver training and information to ECEs in Windsor and at St. Clair College. For two years, Theresa was president of the Provincial Board of AECEO. In this role, she fought for ECE efforts to be recognized as a profession. It was her persistence and determination to reach this goal that helped lead to the creation of the College of ECEs. Ontario was the first province in Canada to have a college recognizing ECE as a profession. Theresa was also part of creating an Employee Recognition Program (now titled "Star") that was designed to recognize and celebrate the work and contributions of staff, boosting morale.

Today, Theresa continues to work for the City of Windsor as the Policy and Staff Development Manager, Ontario Works. She is also involved with the Ontario Municipal Social Services Association (OMSSA) which supports and provides training development for those in the social services field. Theresa is also a charitable woman, with a personal attachment to the Heart & Stroke Foundation.

Theresa is strongly supported by her loving husband, Al, and her son, Chris. 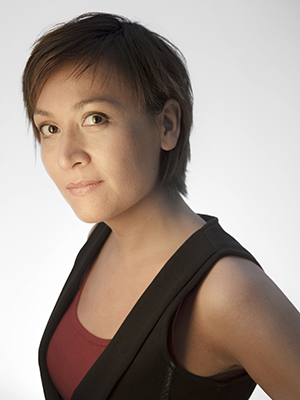 Growing up in rural Alberta, Mai-Ling Lee entertained herself with creative projects such as sewing and sketching; her dog, Cookie, acted as the perfect model. Despite the fear of finding a job in the tough industry, Mai-Ling knew choosing an artistic path would fulfill her dreams. As a frequent movie viewer, Mai-Ling never believed she could enter the fantasy worlds she saw on the big screen, until she realized becoming involved with animation could offer her the opportunity to bring her creative visions to life. Consequently, Mai-Ling moved to Ontario and became part of the first class to ever graduate from the Animation program at St. Clair College and has never looked back since.

Mai-Ling's first job in the industry was with a new Toronto-based company knows as "Intelligent Creatures". She worked as a Generalist where she quickly gained experience in animation, modeling, texturing, and rendering. After three years, Mai-Ling accepted a position as a Matte Painter at a company named "Mr. X Inc.", where she uses her talent to create unreal worlds for movies, making them look believable. Mai-Ling contributed her expertise to well-known motion pictures including the Resident Evil series, Mr. and Mrs. Smith, and Tron.

Mai-Ling likes the exciting challenge of being involved in an industry that is constantly progressing and evolving. A true artist, Mai-Ling enjoys the process of creating her work more than watching it in movies. Mai-Ling is an extremely driven and patient artist who is very careful and detailed when it comes to her work. It is these characteristics, along with the long hours of dedicated work, that allow Mai-Ling to create something real and believable out of nothing.

Mai-Ling credits her courage to follow her dreams to St. Clair College and thanks her professors for providing her with a broad set of tools, ideas, advice, and avenues to follow in order to reach her career objectives.

Mai-Ling is grateful for the support of her husband Pete, whom she met in the St. Clair Animation program. 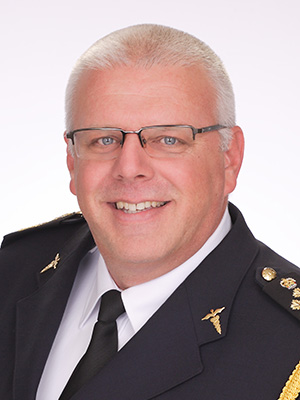 Born and raised in Essex, Randy Mellow grew up on a farm, where he learned many of his values regarding work. Randy graduated from the Electronics Technician program at St. Clair College but it was his volunteer experience with the Comber and District Fire Department (now Lakeshore Fire Services) that encouraged his interest in Emergency Services. Randy returned to St. Clair College and graduated from the Ambulance Emergency Care Program (now Paramedic Program) and continued to stay involved with St. Clair College by assisting with the instruction and testing of paramedic students.

Randy's career has allowed him to work in several locations across Ontario. He started out working in Tilbury as an Auditor with the Essex-Kent Base Hospital for Ambulance Services. In 2001, Randy became the Supervisor of Human Resources & Quality Assurance with Sun Parlour Emergency Medical Services in Leamington. In 2007, he accepted a terrific opportunity with Peterborough EMS and became the Deputy Chief & Alternate Community Emergency Management Coordinator. He embraced many responsibilities and excelled at providing leadership and direction to staff. In 2011, Randy became the Chief of Emergency Medical Services in the County of Essex, where today he still continues to provide leadership and direction to 250 paramedics.

It takes a special person to work in the Emergency Medical Services field, and Randy Mellow is indeed special. His caring attitude and strong work ethic along with his obtained skills led to Randy's success. He has deservingly been recognized for his contributions to the EMS field, including winning the Governor General's EMS Exemplary Service Medal.

Randy has been fortunate to have such supportive and understanding family, including his wife, Cindy, and his two children. 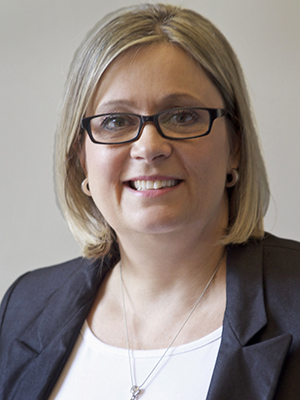 Born and raised in Windsor, Julie Myers, was heavily influenced by family. With five siblings and a working mother with strong values, Julie naturally developed an appreciation and admiration for balancing work and family. Julie always had a passion for art, as well as a grasp of numbers. With these skills coinciding with her natural desire to get things done quickly and efficiently, it is no surprise that she became a successful graduate of the St. Clair College Advertising Program in 1982.

As part of the Advertising program, Julie accepted an internship in Toronto and was eventually hired as a Media Assistant at Robert Reynolds, a privately owned company. Julie worked on estimating costs of media campaigns for big name clients such as General Mills, Hiram Walker, and Hasbro. As Julie began to take on more responsibilities, she briefly moved into broadcast-buying but quickly realized her passion and heart belonged in media planning where she could better exercise her creativity and have a more personal connection with clients.

Constantly striving to challenge herself, Julie made a big and daring move to a smaller company known as ZenithOptimedia and worked as a Client Services Director. With her strategic problem-solving skills and knowledge of today's markets, Julie has not only helped clients determine their company objectives and create plans to achieve them but has helped ZenithOptimedia grow into a very successful and highly praised agency. ZenithOptimedia is involved with traditional touch-points such as television and radio as well as non-traditional mediums including social media outlets and has offices located in both Toronto and Montreal. Julie's strong contributions to the agency have contributed to ZenithOptimedia to winning the Canadian Media Agency of the Year three years in a row.

She prides herself and the rest of her ZenithOptimedia team on their success in bringing the hit U.S show "Project Runway" to Canada which featured one of ZenithOptimedia's clients, L'Oreal Paris.

Julie, now the President of ZenithOptimedia, is an active member in the community as a board member for both the Print Measurement Bureau (PMB) and the Canadian Outdoor Measurement Bureau (COMB). She also puts forth great efforts into volunteering and fundraising for several charities including the Heart & Stroke Foundation.

As always, Julie remains a very family oriented woman. Her husband, Paul, and her two children are extremely supportive of her career. 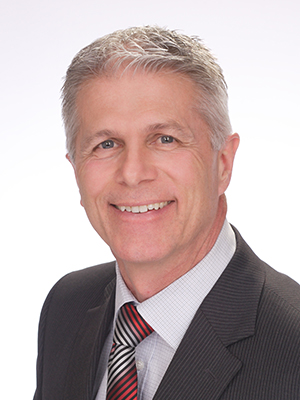 John Wladarski was raised by a big and loving family north of Leamington where he worked on a farm, learning the value of a positive attitude towards working hard. John's father, a hard-working and respectable man, introduced him to construction and it didn't take much convincing for John to follow in his father's footsteps.

John has had many exciting career moves and opportunities that led him to become the success that he is considered to be today. After being interviewed on campus by Bell Canada, he was hired as an Outside Plant Manager in Brantford, ON. In 1979, John accepted a position with Lafontaine Cowie Buratto & Associates Ltd. in Windsor, ON as an Inspector. Here he was able to put his knowledge of drafting, surveying, and inspection into action. John then became the first General Manager of Lincoln Hydro, a Niagara Peninsula company. After three years, John returned to the Essex PUC as the General Manager and Secretary Treasurer. He eventually moved on to the Lasalle Hydroelectric Commission where he used his experience and natural desire to work hard to contribute heavily to merging four hydroelectric companies into one, known as Essex Power. In 2005, despite the tough decision of leaving Essex Power after working diligently to create it, John took a job as the Vice President of Hydro Operation for Enwin Utilities and the General Manager of Windsor Utilities Commission, where he continues to serve the community by making important decisions on how to operate and move forward while keeping rate payers interests a priority.

Having a passion for the business, John wanted to continue his education in this field. He studied at MIT Harvard, Ivey School of Business, and took several management and executive education courses. John always has been and still remains an active member in the community, participating with the Ontario Electric League (Essex Chapter), the Ontario Association of Certified Engineering Technicians and Technologists, the Municipal Electric Association, as well as the Lasalle Police Services Board.

Aside from a strong worth ethic, John also values family. He is strongly supported by his wife, Erin, and his three children.